​All images and text copyrighted property of Robert F. Jackson

New World (wood-burning)
This work was inspired by Spanish and Portuguese discoveries in and around the Caribbean; however, it is generically applicable to discovery worldwide in tropical lands during the era of European exploration and expansion. Thus, intentionally, the wood-burning displays four ships, not the three of Columbus's first voyage. This scene could represent the return to the Philippines of Ruy Lopez de Villalobos in 1543 after Ferdinand Magellan's death there in 1521, or Miguel Lopez de Legaspi's return to Cebu in 1564, just across the channel from the site of Magellan's death at the hands of Lapu Lapu on Mactan Island. If Magellan had four ships, it could represent that voyage. 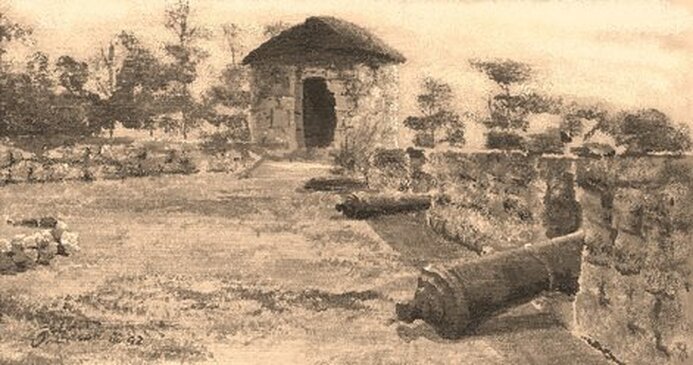 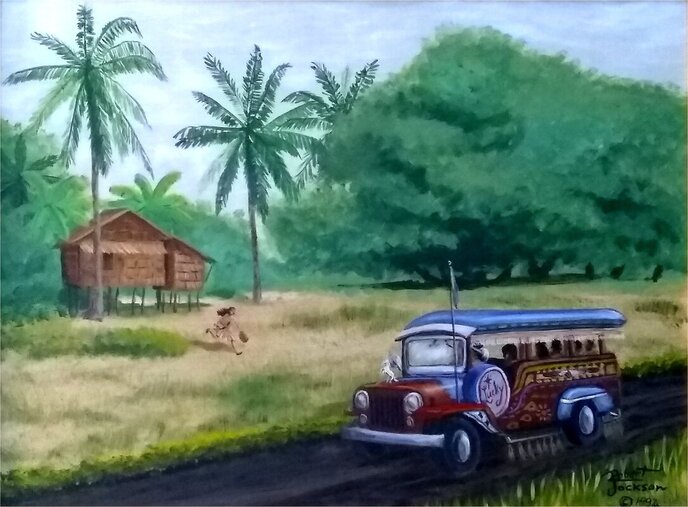 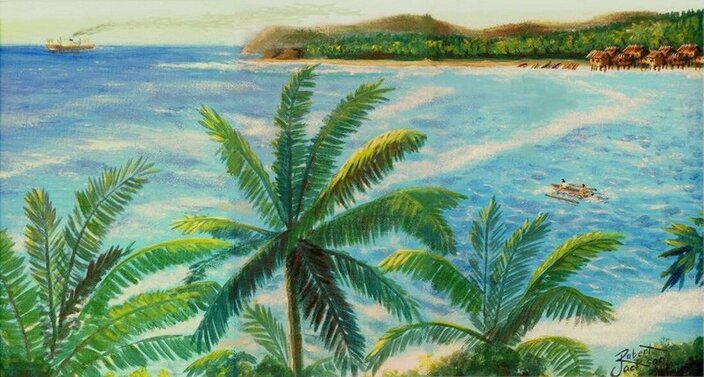 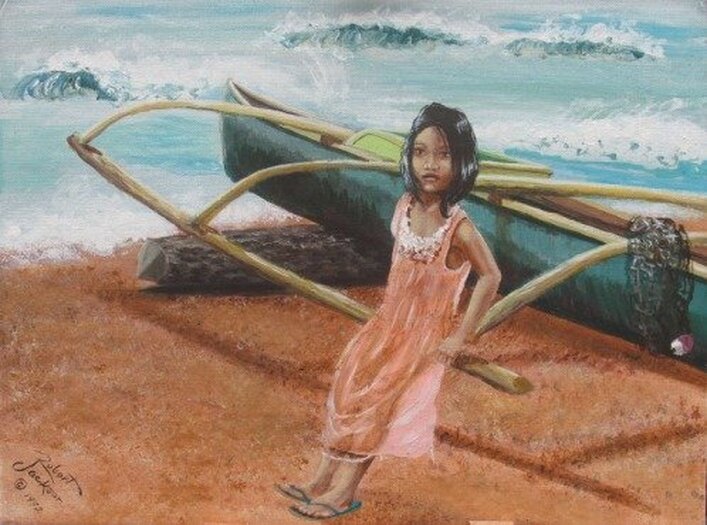 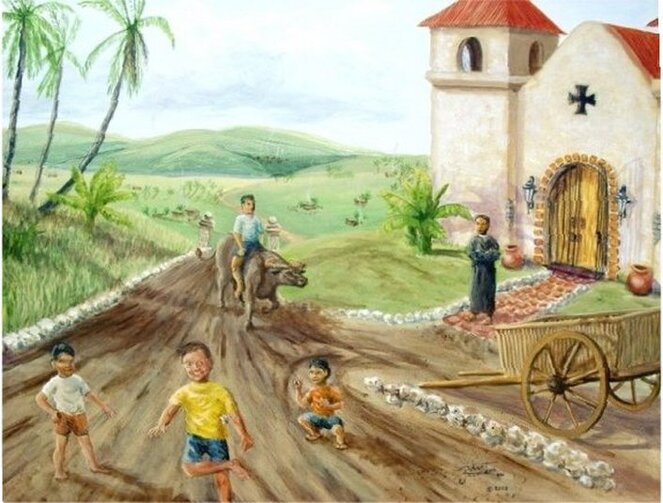 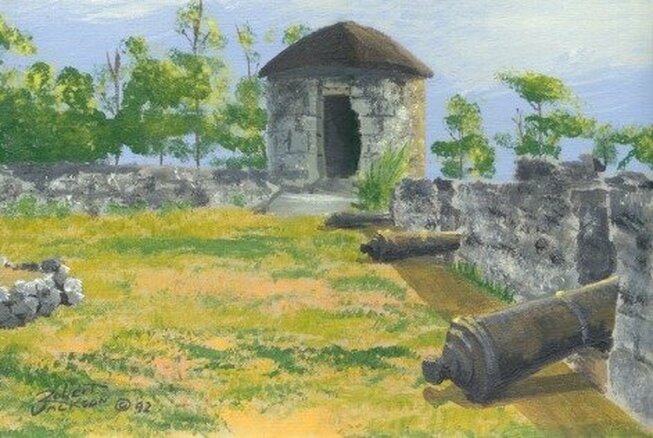 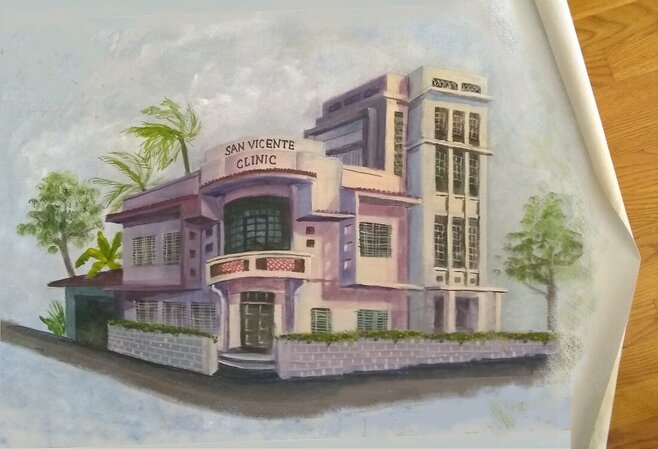 CLICK TO ENLARGE
Prewar to early 1960s Philippine architecture, Cebu
This was painted from photographs, descriptions, and an architectural presentation, which was also part of the inspiration. The painting was part of a larger work about the institution requested by the founder and owners. At the time the clinic had grown over the years into a multistory 50 bed maternity and general hospital and was sold to a University as part of that institutions medical facilities before the artwork could be finished. Thus, I kept the work as a memento for my wife and I, as she is a daughter of the founder and we lived beside and worked at that institution early in our marriage. Images of the architectural art, with proper credit, is below. 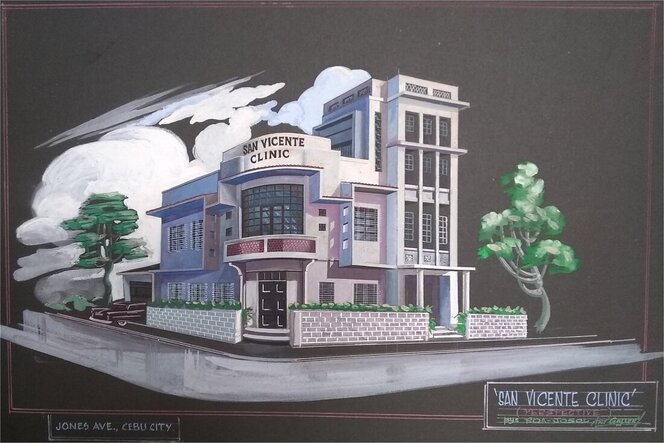